After the successful response of Facebook Messenger Lite APP in 132 countries, the Facebook has recently launched in India. It is the lighter version of the facebook app which occupies a very little space in your memory storage. It occupies only 10MB of space in your memory. The app was designed to solve the problems arises due to slow internet connections. Being a lighter version it works very fast and smooth. This version of facebook is only available for the Android users in India. The iOS users are not supposed to be able to use this version yet. This version of the facebook is easily available on the Google Play Store from where the android users can easily download and save it to their devices.

This is not the only lighter version of the facebook. Facebook has previously launched Facebook Lite which is also a lighter version and was a huge success. Messenger Lite enables you to send a photo, video, and links from your android device. It also enables you to make conversation through messages and video and voice calls which add more to its features.

Features of the Messenger Lite App

Messenger Lite App was recently released in India which target the number of Facebook users for easy access. It basically makes the using of the app easy on entry level smartphones. It is a best Facebook app for the facebook users as it uses very few resources. The main features of the Facebook Messenger Lite app are: – 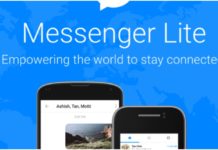 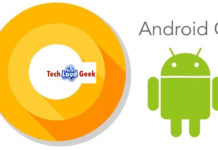